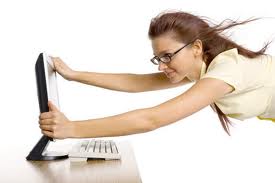 Ceilings are cashing in Silicon Valley as women assume influential roles on the tech side of the Social Media revolution. Thanks to Huffington Post’s “Women in Tech” series, sponsored by Dell and Intel, over the next few weeks we will have the opportunity to learn about the inspirational and skilled women leading and influencing some of the most innovative companies in the technology sector today.

Arianna Huffington, Editor-in-Chief of The Huffington Post, notes that the "Women in Tech" series “is built on the knowledge that there's more progress to be made. Marissa Mayer [Google's VP of Location and Local Services] estimates women still only account for 15 to 17 percent of engineers in Silicon Valley.”

HuffPost’s ongoing series seemingly inspired by the remarks of Sheryl Sandberg, Chief Operating Officer of Facebook and one of the ‘50 Most Powerful Women’ in business, at a TED talk called “Why we have too few women leaders”, kicked off on July 6th. Among the exclusive interviews featured this past week were Gilt Groupe Chairman Susan Lyne, whose success comes in large part due to recreating the excitement of a sample sale online; Twitter’s Erica Anderson; and Jennifer Hyman, Co-founder and CEO of Rent the Runway, the online mail-order service that rents designer dresses and accessories for a fraction of their original price. Stay tuned-in to HuffPost’s tech section in the coming weeks for more Q&As, videos and slide shows about leaders that are impacting the technologies that are a part of our daily lives.
Tech Women

Popular posts from this blog

What You Need to Know Now about Digital Marketing

August 17, 2013
Digital Marketing evolves every minute with every tweet, Google search and now Instagram post. For your brand to succeed in the digital media space of tomorrow there are a few things that you should know now. This list includes insights into innovative Digital Marketing approaches that will prove to be valuable beyond just the trends of Digital Marketing in 2013.

1. Digital and Traditional Marketing together

Digital Marketing is about having meaningful ongoing conversations using digital tools to engage your audience of choice. The ultimate goal is to start a two-way conversation that will build your brand and inspire your content to be shared, further expanding brand awareness.  In the process of delving into using the tools of Digital Marketing, such as twitter, Facebook, blogs and website, traditional marketing should not be overlooked. Matt Kates a blogger for Econsultancy explains this well: “A good way to think about traditional marketing is that it presents a highly effective way…
Read more

How Fascinating is the 'Fascination Advantage Test' . . . Really? 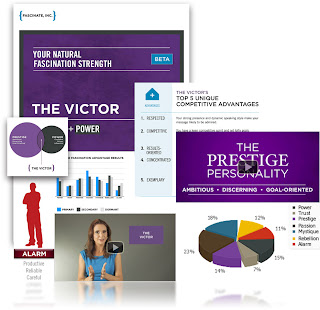 ﻿ Well-recognized personality tests, such as the Myers-Briggs Type Indicator assessment, have been highly valuable in identifying what drives my engagement at work and what occupation would be the best fit for me. Surprisingly, the Fascination Advantage Test that I took this weekend with such anticipation left me wanting more. The pitch for this particular personality test is that it measures “how the world sees you” as opposed to “how you see the world”.

I’ll give the creators of the test credit in two areas. First, it was impressive that in a 10-minute, 28-question assessment the Fascination Advantage test could accurately identify my personality type. For me this means that the researchers have spent the necessary time and effort required to perfect the questionnaire. Also, cleverly the fact that each question had to be answered on a 4 level scale means you can’t give a neutral answer. The scale forces you to identify whether the trait described is like you or alternatively not l…
Read more 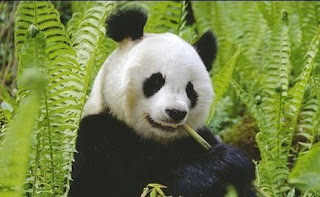 We just don’t hear about Search Engine Optimization (SEO) as much as we used to. Judging from the topics trending online you’d think that SEO has become irrelevant, passé, out-of-date. Well, the truth is having a solid SEO strategy for your digital presence is more important now than ever to the success of your website. Since Google and other search engines hold the key to the level of free exposure and web traffic your website receives, learning the new rules of SEO is essential.

Google’s release of “Panda”, its latest major algorithm update, changes the way we need to approach optimizing our websites for search engines. In the past, getting your website to rank well in Google search results meant focusing on keyword placement, descriptive “title tags”, unique content and backlinking. Today, after the Panda update, these techniques are no longer enough.
Panda introduces some totally new elements to Google’s ranking methodology to help people find higher quality sites in their search…
Read more